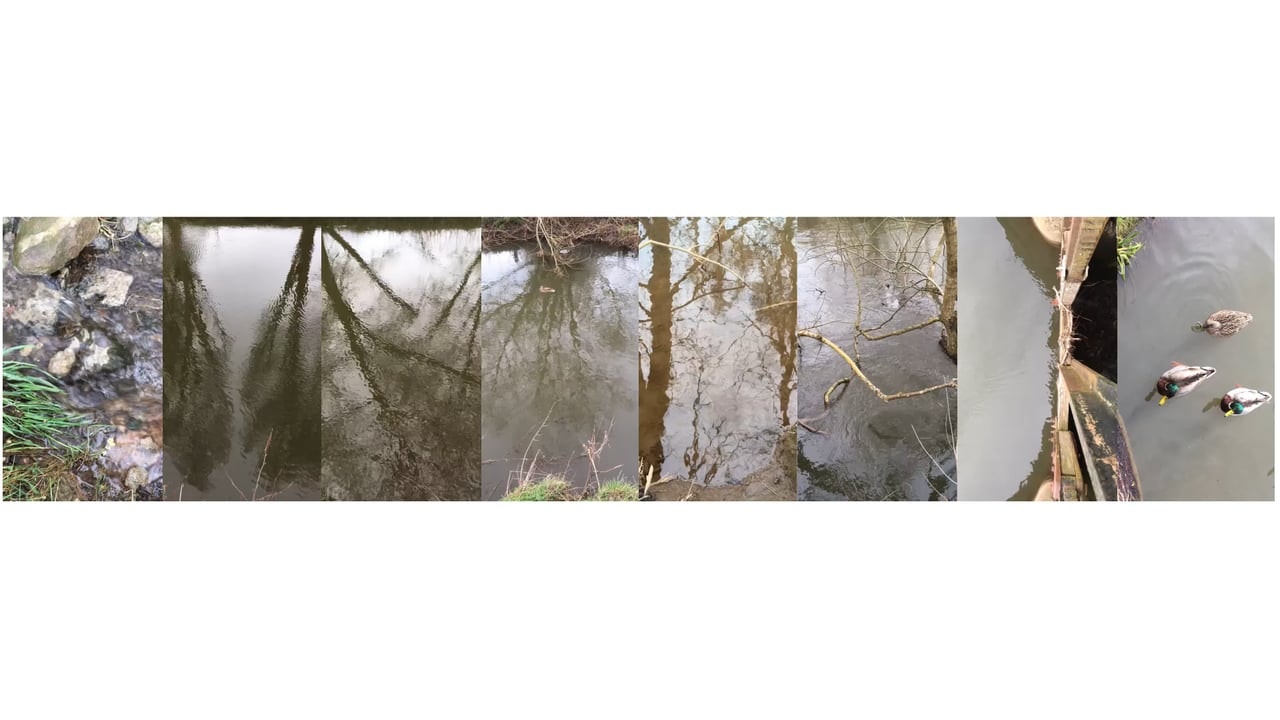 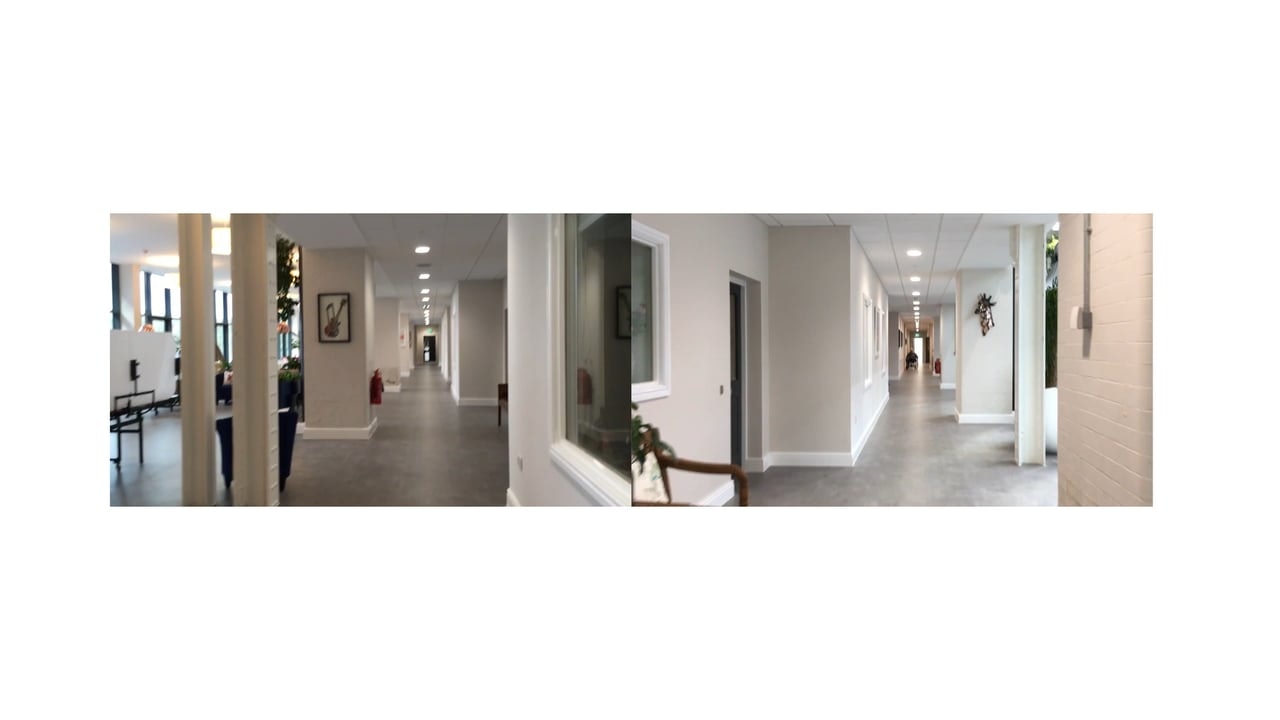 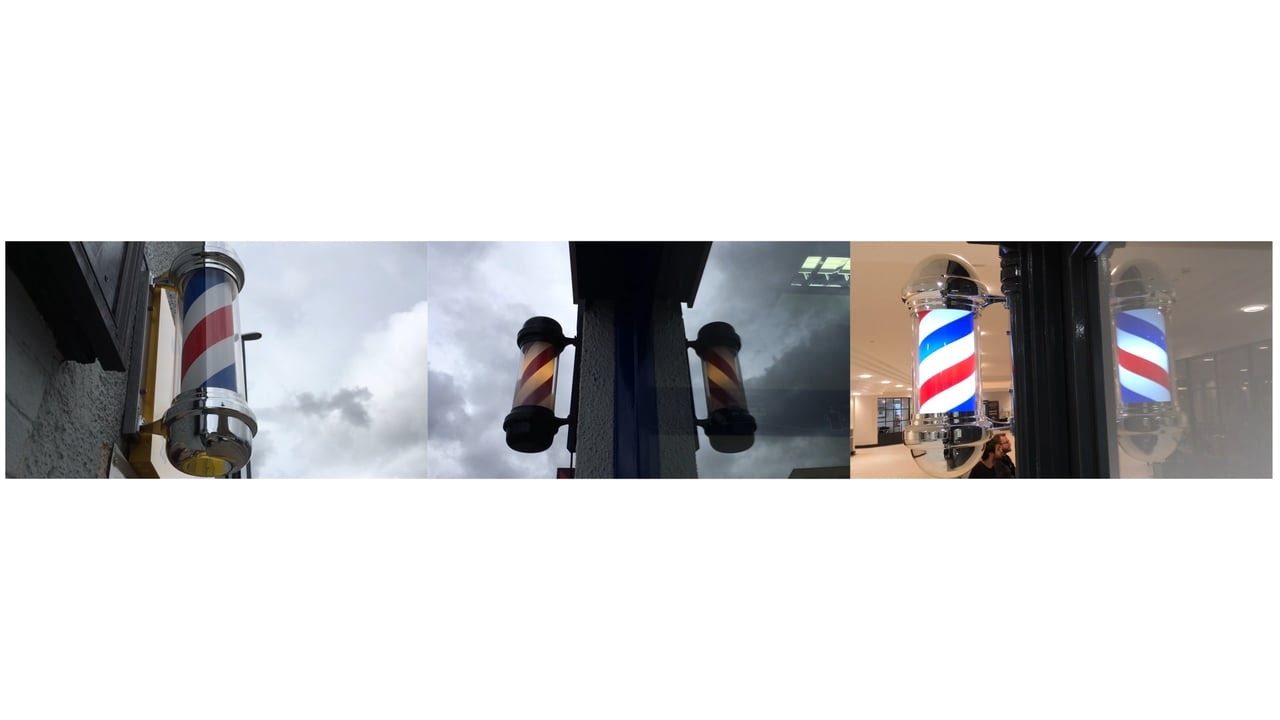 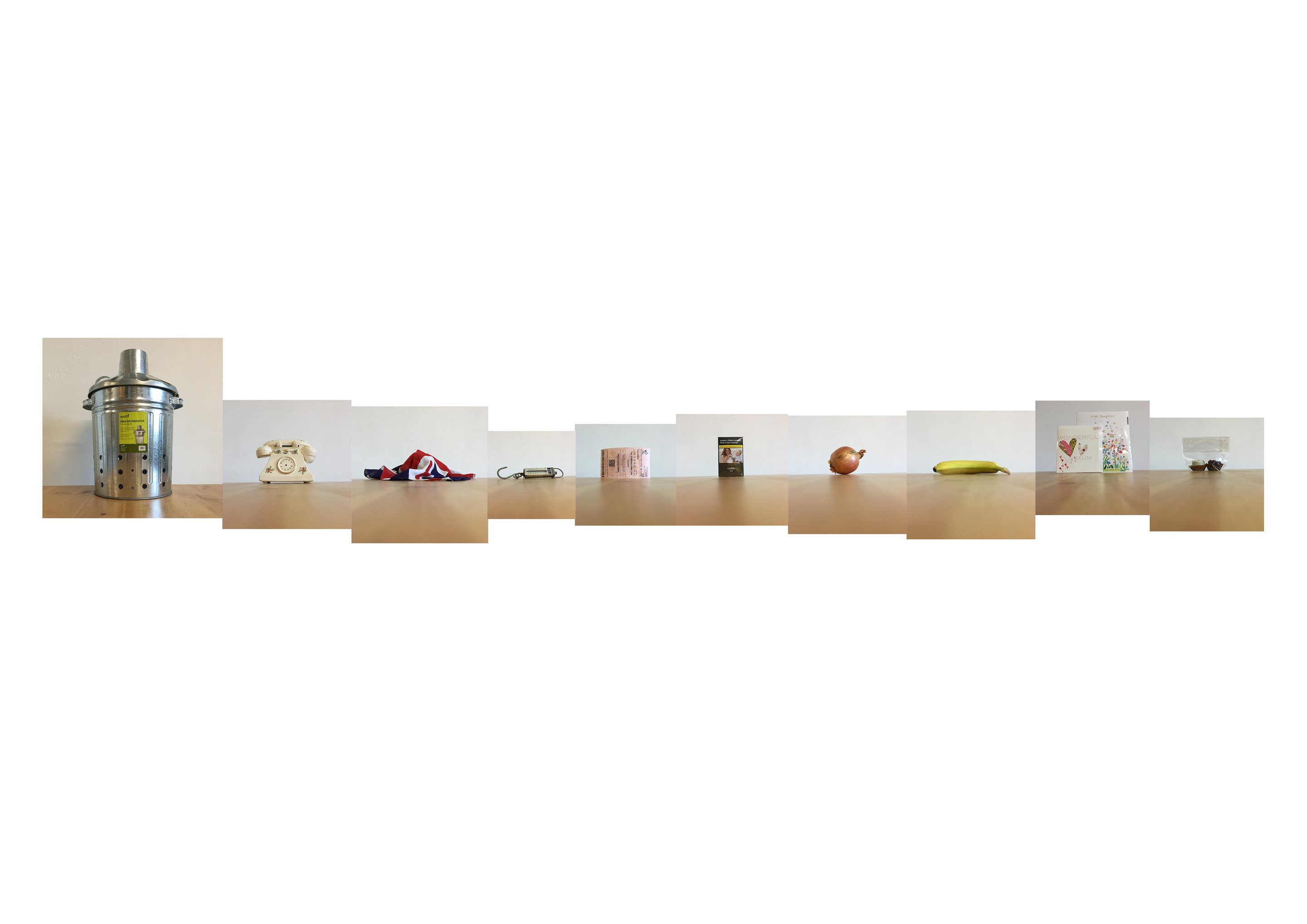 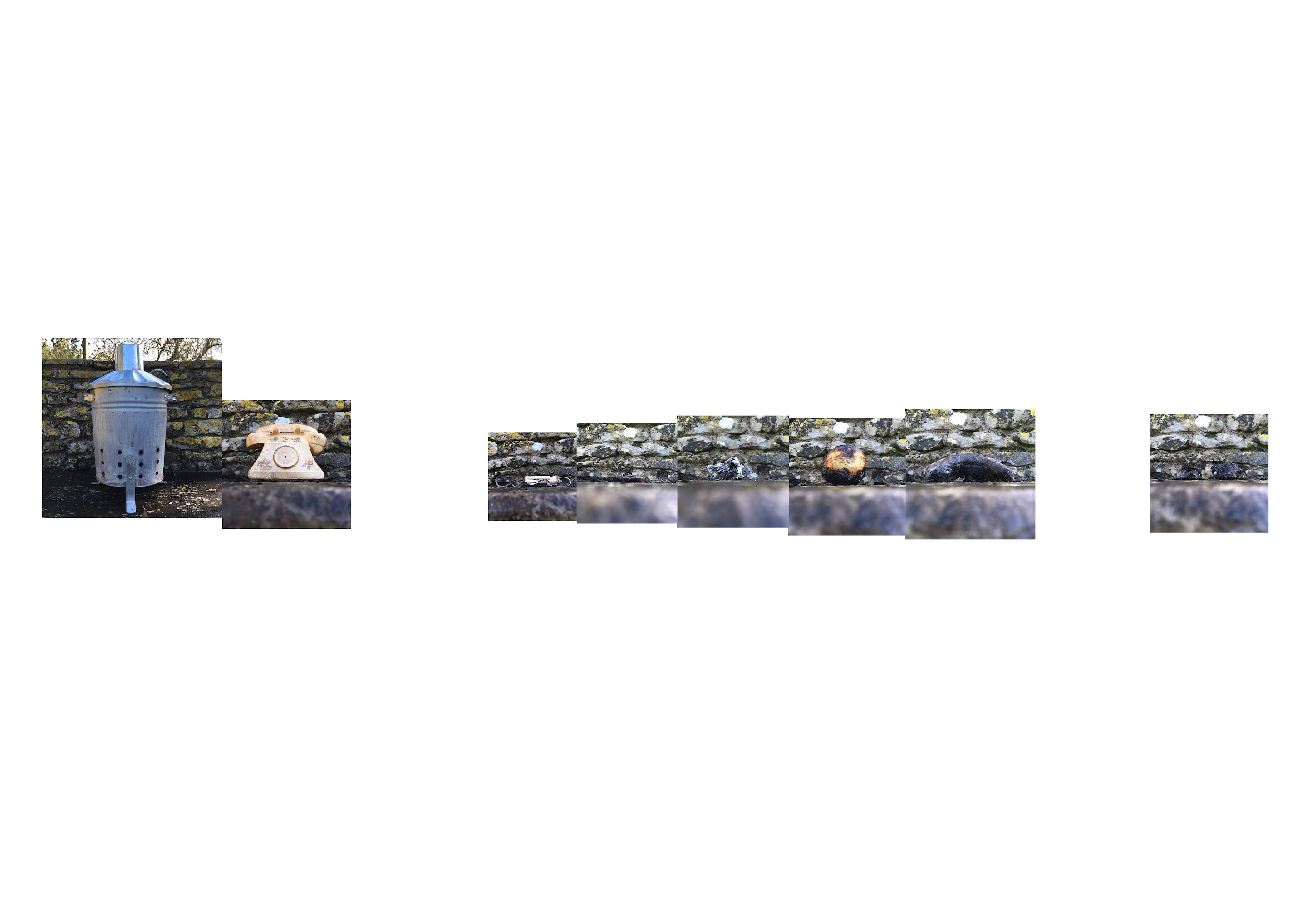 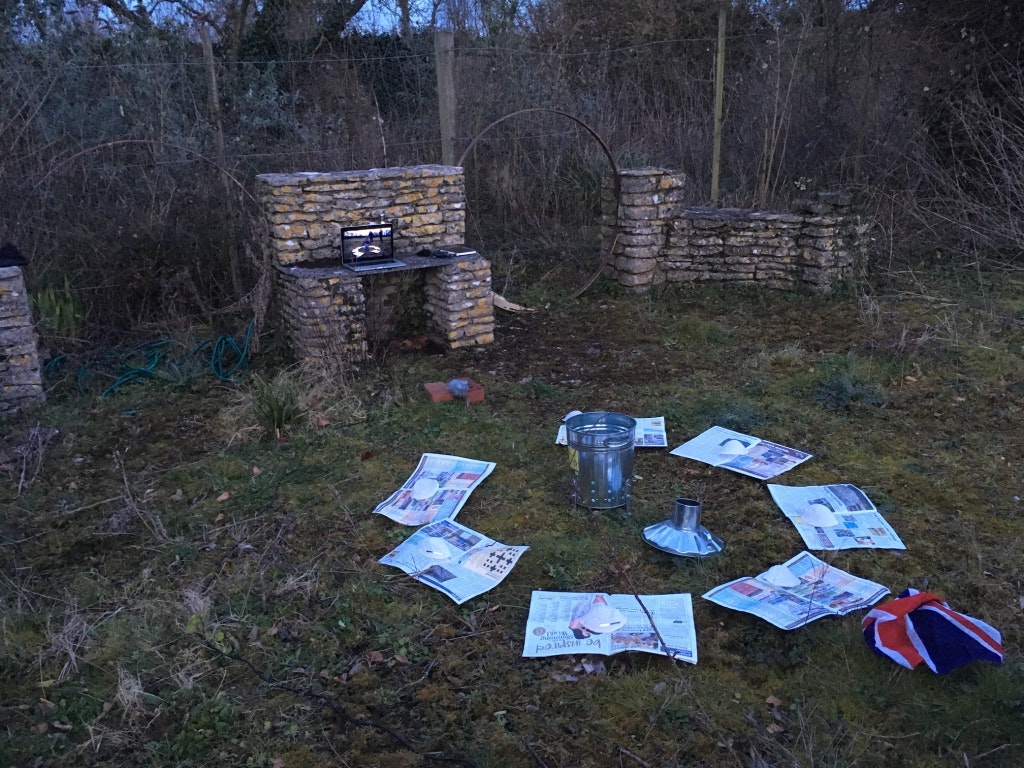 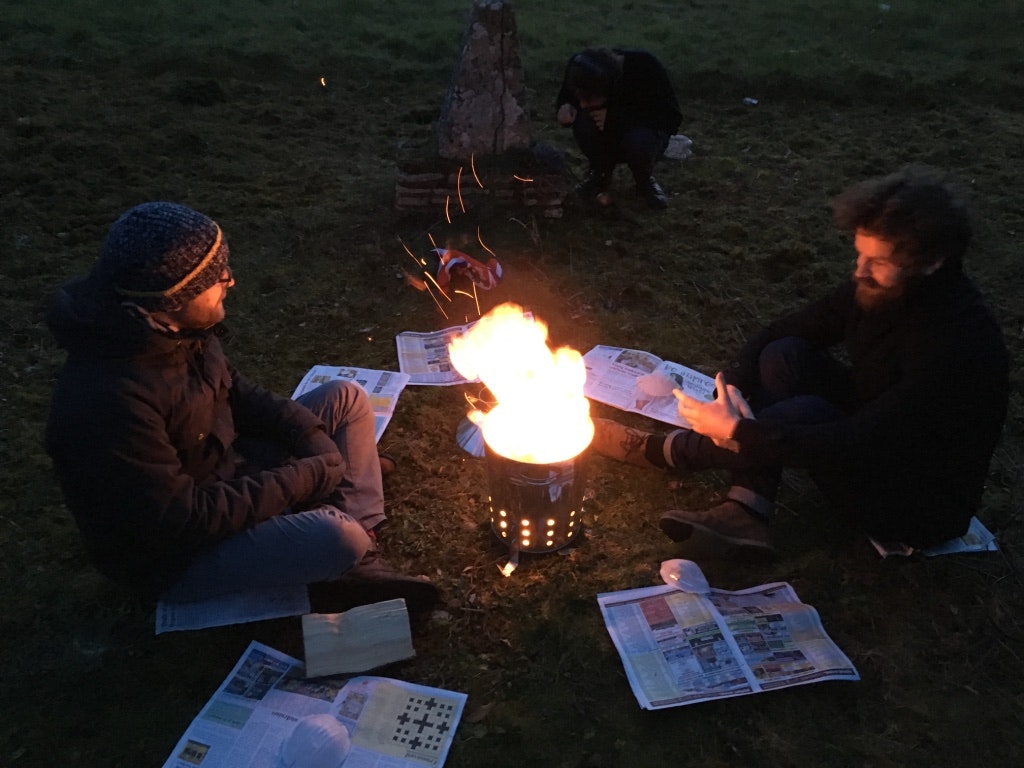 Short films:
One Minute River - a walk along the River Chew
Communal Space - a walk through communal space in the Chocolate Factory Retirement Village
Barber Shops - the changing face of Keynsham

Performance:
An Ode to Keynsham - The burning of a collection of objects bought from independent shops on Keynsham High Street with fellow artists on the residency.
Participants sat on copies of the local paper, wore hoodies and face masks and filmed the burning from their phones whilst listening to a Keynsham playlist.
Objects were brought to the fire through walking in ammonite spirals, and each was announced as it was given to the flames.
Click here to listen to the Keynsham playlist.

Photography:
Keynsham Objects, Part I and II - Photographic evidence of objects bought for the Ode to Keynsham, before and after the burning ceremony.