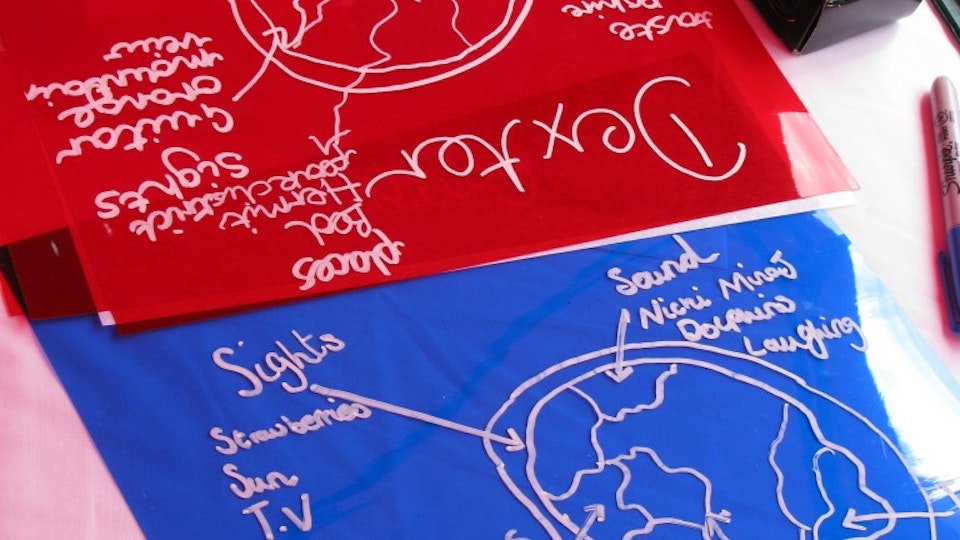 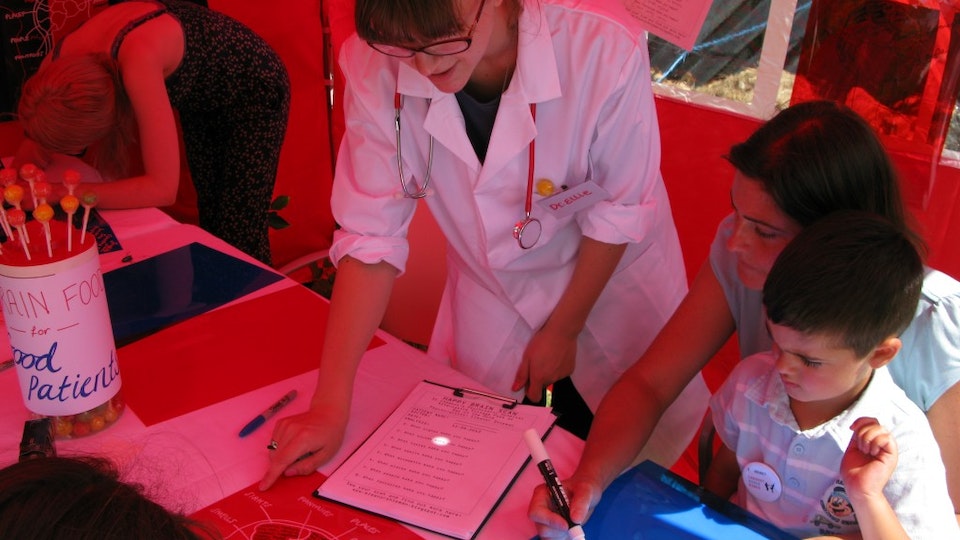 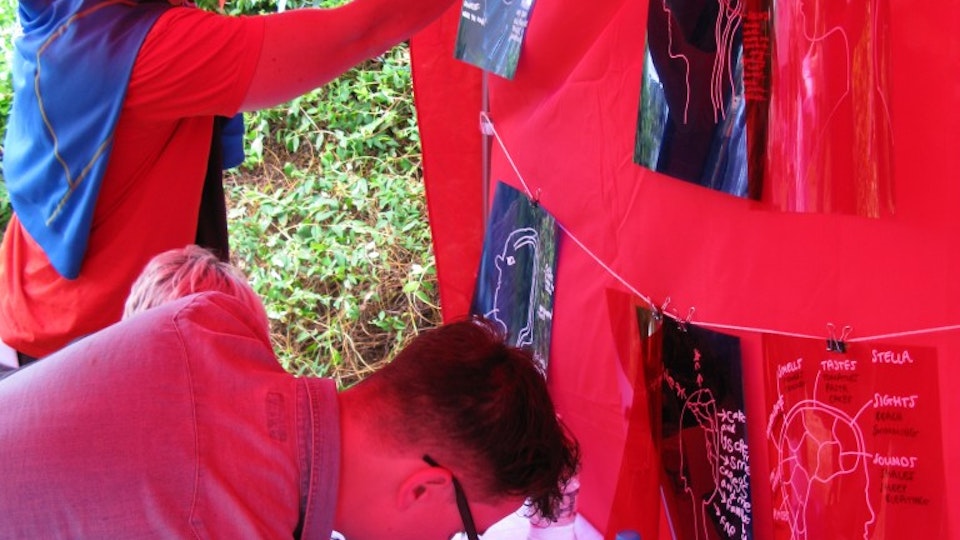 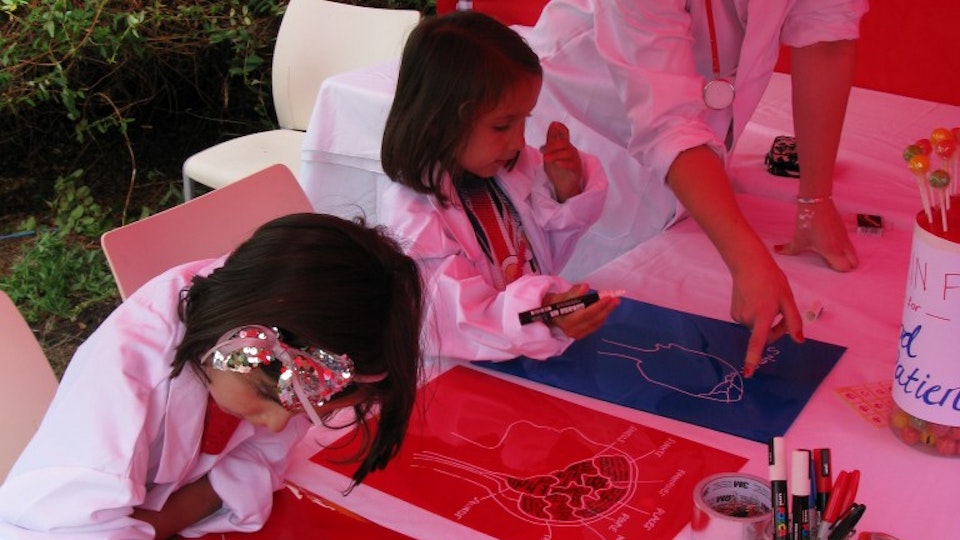 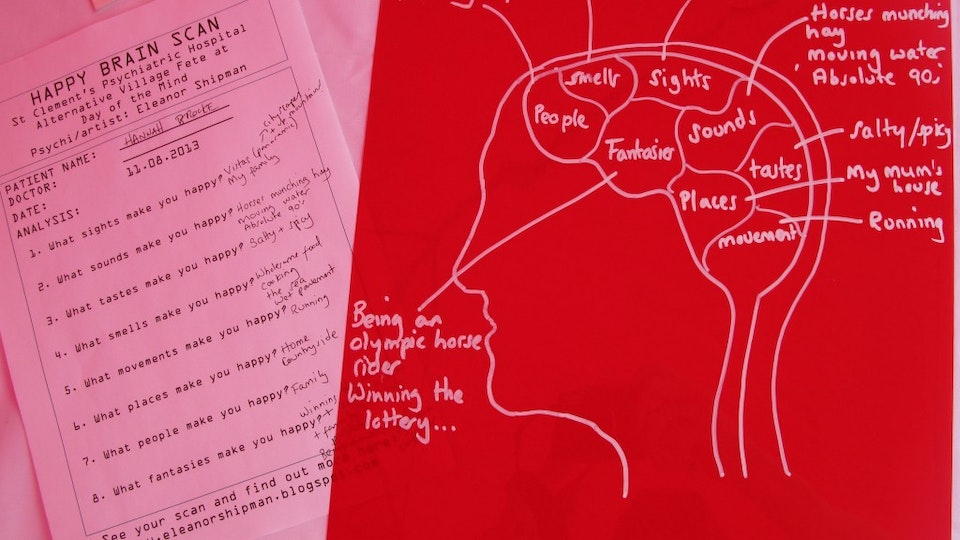 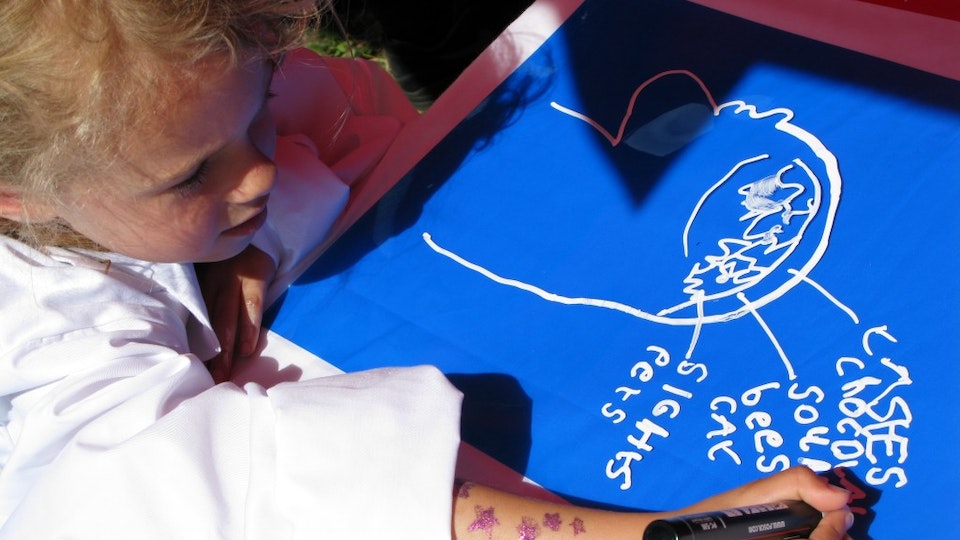 Members of the public were encouraged to draw their own profile and brain, labelling different areas according to what sights, sounds, smells, tastes, movements, people, places and fantasies made them happy.

'From toddler to pensioners, people spent a long time pondering what makes them happy, and went away with a ‘scan’ some said would be hung above their desk or in their room for a bit of positive inspiration, with many saying the experience was a rare chance for them to think about what it really is that happiness means for them.

There were some commonalities across the scans – with beaches, the sea and trees being many favourite happy places; pasta, chocolate and steak coming up as happy tastes and flowers, baking bread and petrol (!) as some popular smells. There were very personal, heartfelt and unique pieces of happiness as well – smells including boyfriend’s armpits, nans and rubber tyres; sounds including cat’s meowing, people including ‘old people holding hands’, David Attenborough and many more in between.'
Eleanor Shipman